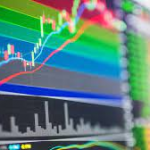 Global risk appetite received a much-needed boost from a less hawkish commentary by U.S. Federal Reserve Chairman Jerome Powell and the softening of some COVID restrictions in China.

In the week just past, the dollar started on a positive note, buoyed by purchases of safe haven assets, while the worsening COVID outbreak in China and a series of street protests in a rare show of defiance raised fears of a government crackdown and concerns about an uneven economic recovery.

But the government moved quickly with some concessions. Measures taken to support the struggling real estate sector, which threatens China’s financial system, also calmed investors’ nerves. The dollar, however, fell sharply after Powell said that “the time to moderate the pace of rate increases could come as early as the December meeting.” Although the central banker warned that the fight against inflation is far from over, markets preferred to focus on his assertion of a slowdown in rate hikes.

In addition, weaker economic data from the United States signaled that the Fed’s aggressive rate hike path has limited consumer and business spending. The one exception was the better-than-expected jobs report: U.S. payrolls increased by 263,000, although the unemployment rate remained unchanged at 3.7 percent in November, which helped the dollar rebound above 105.

Gold rose to four-month highs at $1,810 a troy ounce, while silver rose above $23 a troy ounce for the first time since May, while lower-than-expected Core PCE data reinforced expectations of a slowdown in rate hikes and pushed the dollar to a four-month low below 104.5. This helped gold and silver close November with strong gains.

WTI and Brent crude rebounded strongly from 11-month lows on news that OPEC+ may cut production at its Dec. 4 meeting. China’s push for vaccination of the elderly was seen as a crucial move to reopen and raised hopes for an improved demand outlook.

Base metals rose during the week between 3 percent and 8 percent, thanks to the softening of limits imposed on COVID and support for the real estate sector, with the China Securities Regulatory Commission’s lifting of some restrictions on equity sales by builders brightening the demand outlook.

Later this week, markets will be closely watching the final services PMI data to gain insight into overall economic activity in major economies. In addition, inflation data in China and the producer price index (PPI) in the United States will shed light on price pressures, which are expected to slow or remain unchanged.

Oil markets, however, are set to experience sudden swings as OPEC+ members meet on December 4 to discuss production cuts and the European Union’s cap on Russian oil prices.

According to a Reuters report, the European Union has decided to cap the price of Russian crude at $60 per barrel. This agreement must be approved by all EU governments, otherwise the embargo on Russian maritime imports will go into effect as of December 5.

In recent weeks, Russia has emerged as the largest oil exporter to India, and any price changes will be watched closely. Overall, the dollar could see some recovery due to the improvement in the jobs report, but it is unlikely to lead to a major policy change, and thus gains in the U.S. currency could be limited.