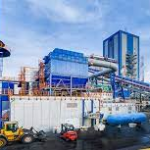 Glencore plans to put the zinc smelting line at its Nordenham plant in northern Germany on maintenance as of Nov. 1. This represents another blow to the European metals industry, which continues to experience shutdowns due to the energy crisis across the continent.

In an Oct. 5 note, the chairman of the London and Johannesburg-listed company’s supervisory board, Koen Demesmaeker, said that “the cessation of production is a reaction to various external factors affecting the company and European industry in general.” Demesmaeker also stressed that the shutdown will remain in effect until macroeconomic conditions in Europe improve. That said, a Glencore Group spokesman said lead smelting at the site will continue as before.

Nordenham is located in the German state of Lower Saxony, near the border with the Netherlands. The site can produce 164,000 tons per year of zinc and zinc alloys and up to 105,000 tons of lead. Glencore’s planned shutdown comes about a year after high energy prices prompted the company to put another smelter under maintenance. In that case, it was the Portovesme zinc smelter, located in Sardinia. Portovesme can produce about 100,000 tons of finished zinc per year.

The zinc production process is one of the most energy intensive among base metals. Unfortunately, energy prices in Europe have reached unprecedented levels due to Russia’s invasion of Ukraine in February.

Sanctions imposed by the United Kingdom and the EU then pushed Russia to limit and even cut off gas flows to Europe. Before the war, Europe received up to 40 percent of its energy supplies from Russian sources.

Glencore’s plans in putting Nordenham on maintenance did not cause the price increase. However, the lower availability is likely to cause European premiums on the base metal to rise further. Currently, the premium averages $520 per ton. According to the analyst, this figure has more than doubled from $150 in late 2021.

In addition to the Nordenham closure, the metallurgical industry faces many other problems. For example, the LME has banned the guarantee of zinc and copper by Russian vertically integrated producer Ural Mining and Metallurgical Company (UGMK). The ban also applies to its subsidiary, Chelyabinsk Zinc (read the full news story here).

The exchange’s special committee made the decision on the ban shortly after Sept. 26. At that time the British government added UGMK’s chairman and main shareholder Iskander Makhmudov to the list of sanctioned persons. The LME then stated that “in accordance with the UK Sanctions Act, asset freezing measures extend to entities that are owned or controlled, directly or indirectly, by a sanctioned person.”

The UK alleges that Makhmudov benefited from or supported the Russian government through direct or indirect ownership and control of UGMK. The British government added that the company operates in the mining sector, which is strategically important to Russia. Currently, Makhmudov owns more than 50 percent of UGMK. The company’s headquarters are located in Russia’s Sverdlovsk region, which is considered the political border between Europe and Asia.

The company smelts zinc concentrates at the Chelyabinsk Zinc plant. In addition, the site is working to increase its capacity to 200,000 tons. The company also smelts copper concentrates at three sites, two of them in the Sverdlovsk region and one in Orenburg. It is worth noting that the Sredneuralsk smelter is the largest in the UGMK. The group said it can produce 150,000 tons of blister copper per year.

The exchange could pledge Chelyabinsk-branded zinc or UGMK-branded copper only if the owner is able to prove that this is not a violation of sanctions. The LME will continue to discuss with stakeholders and keep the Special Committee’s decision on UMMC and Chelyabinsk-branded metal under review.