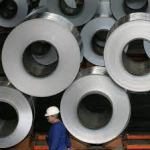 Alcoa Corp. the largest aluminum producer in the United States, has told the London Metal Exchange that Russian metal should not be traded on the benchmark industrial metals exchange.

Kelly Thomas, the company’s Chief Commercial Officer, wrote in a letter to the LME that the exchange should not be used as a market of last resort for Russian metal. The letter urged the LME to act to “avert an impending crisis.” Some market participants fear that a surge in Russian metal could be delivered to the LME, depressing the price used as a global benchmark.

What will happen to Russian metal is one of the hottest topics of debate among traders, with some fearing that unsold supplies could be dumped on the LME as many large European buyers avoid it in negotiations for 2023 contracts. Alcoa’s letter is part of a broader lobbying campaign by some large U.S. and European metals companies to persuade the LME to block new deliveries of Russian supplies. Several, including Rio Tinto Plc, Norsk Hydro ASA and Aurubis AG, have spoken out against Russian metal in the seven months since the invasion of Ukraine.

Without immediate action, the LME aluminum contract will be disproportionately affected by a label that much of the Western world has rejected and will not properly reflect the true supply and demand dynamics of the aluminum industry.

Alcoa would be seriously concerned about any pricing mechanism that does not more accurately reflect the fundamentals of the aluminum industry and the demand for non-Russian origin metal that customers demand.

An Alcoa spokesman confirmed that the company sent a two-page letter on September 29 to LME CEO Matthew Chamberlain and confirmed the details of the letter.

The LME confirmed last week that it was considering launching a discussion paper on whether to continue accepting Russian metal for delivery under its contracts, news that caused aluminum prices to rise sharply. United Co. Rusal International PJSC responded by saying it had no plans to make “significant or routine deliveries” of its aluminum to the LME.

Although the release of a discussion paper does not mean that the LME has made a decision on whether to act, it does mark a change in approach for the exchange, which had previously stated that it had no plans to take any action outside the scope of sanctions.

Russian aluminum is currently not subject to sanctions in the United States and Europe, although some European buyers are reluctant to buy the metal. Norsk Hydro will not agree to buy new Russian metal, while Novelis Inc. has excluded Russian production from a key tender for new contracts to supply its European factories next year.

Meanwhile, Lme-listed 3M $/ton aluminum shows a sharp rebound that has lasted for 3 days now. Prices have broken through the first intermediate resistance in the $2,300/ton area (bearish trendline drawn from the March highs). Next potential target expected in the $2,450/ton area.