Copper: Chinese premium will remain high due to improving demand

The spot premium for copper in China, the main consumer, may remain high in the coming months, according to analysts and traders, as demand for the metal has improved due to government stimulus.

The spot premium for refined copper was $85.25 a ton Thursday, up from $20 a ton earlier in September. The premium, which is paid on top of copper prices quoted on exchanges, provides an indication of the balance between supply and demand in China’s physical copper market.

In recent months, China has issued trillions of yuan in loans and spending on infrastructure, which is a strong user of copper, in an effort to revive its economy that has been hit by COVID-19 restrictions and the global economic slowdown.

China’s real estate market has been badly hurt, especially this year, but other sectors are in good health. The copper premium will still remain at a relatively high level.

The average utilization rate of copper mills in China has currently risen to 70 percent from 62 percent in early August, while that of copper tube plants has risen to 67 percent from 64 percent during the same period.

In the manufacturing industry, another major consumer of copper, official data showed that factory activity unexpectedly returned to growth in September after two months of contraction.

The Chinese market found support in improving demand, which contrasts with low demand in non-Chinese markets and would keep the import arbitrage window open.

China imported 3.9 million tons of refined copper in the first eight months of 2022, up 26 percent from the previous year. China’s visible stocks, which include metals at the Shanghai Futures Exchange and China’s bonded warehouses, reached a record low of 118,697 tons.

Stocks at the ShFE and London Metal Exchange warehouses together were 171,797 tons, representing just 2.5 days of global consumption. In August, China’s copper cathode production was lower than expected due to power constraints in Zhejiang and Anhui provinces, COVID-19 restrictions and a shortage of scrap supply.

Supply disruptions due to liquidity problems at Maike, the main copper importer in China, also caused some tension in the market. However, the market remained volatile because a stronger dollar, aided by monetary tightening in the United States, could make copper more expensive to import and hurt the import premium. 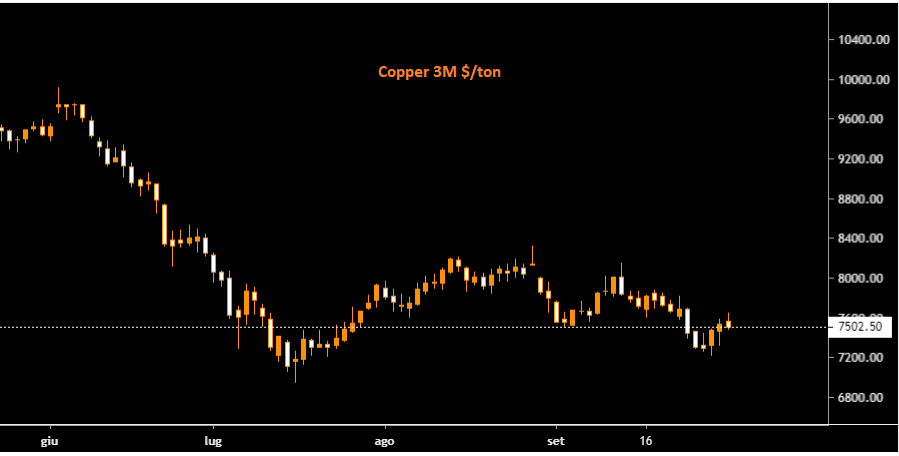