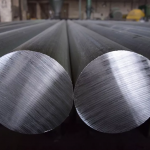 Things may look better in China than they are, at least as far as the country’s metals and minerals markets are concerned. However, China still remains the top destination for European steel and aluminum supplies.

Restrictions and supply problems are increasing doubts about the sustainability of supplies in the near future. Some smelters are actively talking about stopping production altogether.

To compound the problem, China, one of the world’s largest consumers of steel, coke and aluminum, has reduced imports, including of aluminum. In line with July’s trend, Chinese aluminum imports continued to decline in August. According to data made available by the Customs Department, China’s aluminum imports in August dropped 19 percent year-on-year. According to experts, this reflects a lower appetite for imports amid record domestic production and limited foreign supply.

The General Administration of Customs says China imported 200,440 tons of raw aluminum and products in August. This figure also includes primary metal and alloyed raw aluminum. On the other hand, the country, which is both the world’s largest producer and consumer of this metal, produced 3.51 million tons, which is a new record.

Aluminum has great strategic importance for Europe. After all, this light but strong metal is used for everything from automobiles to packaging, from medicines to green energy. European manufacturers are now actively looking to China for their aluminum needs, even though the country’s supplies are of slightly lower quality. Against the backdrop of a worsening energy crisis, China remains one of the only options.

This situation continues to have a strong impact on aluminum prices. At the London Metal Exchange, prices have fallen to April 2021 lows, now at $2,205/mt (09:36 GMT+2). This is a significant drop, considering they peaked at $4,072/mt in March this year.

China’s COVID-19-related blockades and heat waves have also affected demand. According to one estimate, overall demand contracted by 5.9 percent year-on-year in the second quarter of 2022, compared with production growth of 3.9 percent. Recently, unprecedented heat waves affecting several provinces have also dealt a blow to demand. Together with unforeseen power shortages, these factors have become a major obstacle for aluminum production.

Currently, many are still hoping that the country’s latest round of fiscal stimulus measures aimed at boosting the economy will eventually bear fruit.