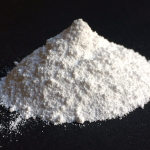 In the third quarter, the global alumina market will continue to contend with disruptions in trade flows caused by the war between Russia and Ukraine and an Australian oversupply, with the restart of refineries and smelters and downside risks in the Atlantic basin adding to volatility.

In the Atlantic Basin, refinery restarts and smelter reductions are expected to dominate prices in the third quarter, with market participants generally expecting premiums to ease, barring major disruptions to refining operations.

Benchmark alumina FOB Australia was valued at $367/tonne FOB on 30 June, with Brazil’s FOB alumina at a $32/tonne premium to Australian material. The daily valuation of China ex-works Shanxi alumina remained stable for most of June and ended the quarter at 2,870 yuan/tonne.

The FOB valuation of Australian alumina rose earlier this year to levels not seen since the US sanctions against Russian aluminium giant Rusal and production cuts at Brazil’s Alunorte refinery in 2018. Western Australia’s FOB assessment peaked at $533/mt in Q1, surpassing the Q4 2021 high of $484/mt.

However, Australia’s 20 March ban on alumina and bauxite exports to Russia triggered an immediate global oversupply, with prices falling by almost a third in a month to $371/mt FOB on 20 April. The $353/mt FOB reached on 6 June marked the lowest of the quarter, but remained slightly above the annual low of $345/mt FOB on 7 January.

Chinese domestic prices also fell in the second quarter due to new refining capacity and falling seaborne prices, but less markedly, as high production costs and the restart of smelters stemmed the decline.

In the wake of Australia’s export ban announcement, sellers rushed to offload cargoes destined for Russia to other buyers, driving prices down.

Although the pace of decline slowed after prices surpassed $400/mt FOB, market participants continue to expect that the ex-Russia surplus will constrain Australian prices in the third quarter, unless there are significant refinery cuts due to high energy prices or a change in Australia’s export policy.

However, Chinese buyers are staying out of the market despite the oversupply due to the high premium of Australian material over domestic alumina.

The implied premium exceeded $200/tonne in March, before falling after the export ban was announced, but remained prohibitively high at around $60/tonne at the end of June.

With the closure of its alumina supply pipeline from Australia and Ukraine, Russia went hunting for alternative supplies in Asia in the second quarter.

China’s alumina exports increased more than 18-fold year-on-year to 167,724 tonnes in April and became a net exporter for the first time since February 2019. Exports rose further to 188,768 tonnes in May, with more than 80 per cent going to Russia.

At the end of June, Russia was buying Chinese alumina at around 3,000 yuan/tonne from northern ports. While yuan-denominated prices remained broadly stable during the second quarter, the yuan’s depreciation since late April has made exports cheaper on a dollar basis.

Alumina from the northern province of Shandong accounted for the bulk of exports to Russia, due to the proximity of refineries to coastal ports and the use of imported Guinean bauxite.

Chinese sources said that the market will monitor refining costs and raw material prices in the third quarter, as rising prices of bauxite, caustic soda and coal could push refineries to reduce production.

The main risk for Russian supplies from China is that high-cost refiners will be forced to reduce production due to rising production costs. Refineries may have to maintain long-standing relationships with existing customers and give them priority, even if Russia is able to pay slightly more.

Nevertheless, global market participants expect China to continue to supply Russia, which provides a steady revenue stream in the context of an unclear macroeconomic outlook.

After smelter reductions in Europe since the end of 2021, aluminium smelters in the US became the new victims of soaring energy prices due to the conflict in Ukraine.

Alcoa shut down one of three production lines at its Warrick, Indiana, aluminium smelter on 1 July ‘due to operational problems’, taking 54,000 tonnes per year of production offline.

In June, Chicago-based Century Aluminum said it would suspend operations at its Hawesville, Kentucky, smelter for up to a year due to rising energy costs. At the time, the smelter was operating at 80% of its capacity of 250,000 tonnes per year.

The timing of the smelter’s reductions coincides with the restart of the Jamalco refinery in Jamaica, which had halted operations due to a major fire in August 2021.

Jamalco, a 55:45 joint venture between Noble Group and Clarendon Alumina Production with a production capacity of 1.417 million tonnes per year, usually exports much of its production to Europe, where Jamaican alumina is duty-free.

This could have a double effect on the supply-demand complex for alumina, especially in the Atlantic basin, as supply is increasing while demand is decreasing. Any further smelter reductions in the Atlantic could increase regional premiums, but also decrease support for the Brazilian alumina differential to the Pacific Basin, as demand would be reduced due to reduced smelter activity.

Although smelter reductions have been the focus of attention since late 2021, some market participants have argued that high production costs could create risks for refining operations in the Atlantic, especially in parts of Europe.

The San Ciprian refinery in Spain could face high refining costs and is not sure if it is sustainable with these energy prices. Alcoa’s San Ciprian smelter stopped operations in December due to high energy costs.