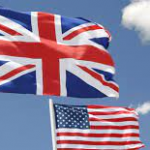 The U.S. and Britain began dialogue on Wednesday, Jan. 19, in order to resolve the dispute over tariffs that have been imposed by the Trump administration on imported aluminum and steel.

Senior trade officials in Washington and London reported that they are committed to working toward a quick outcome resulting from a global overcapacity of primary aluminum, primarily due to China.

Tariffs imposed on Britain have caused friction with the United States, which, in turn, has retaliated with punitive tariffs on American goods.

In June 2018, former U.S. President Donald Trump had earlier imposed a 10 percent tariff on aluminum and 25 percent tariff on steel, confirming that excessive metal dumping would cause negative effects on domestic producers.