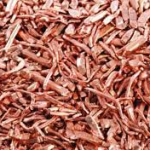 Within a decade, the world could face a massive shortage of what is arguably the most critical metal for global economies: copper.

The copper industry needs to spend more than $100 billion to close what could be an annual supply deficit of 4.7 million metric tons by 2030 as the clean energy and transportation sectors take off, according to CRU Group estimates.

The potential deficit could reach 10 million tons if no mines are built. Closing such a gap would require building the equivalent of eight projects the size of BHP Group’s giant Escondida in Chile, the world’s largest copper mine.

Used in everything from cables and pipes to batteries and motors, copper is a key ingredient in the push toward renewable energy and electric vehicles. If producers fail to address the shortfall, prices will continue to rise and pose a challenge to the Biden administration and other world leaders counting on a global energy transition to combat climate change.

Producers are wary of repeating the oversupply mistakes of past cycles, accelerating plans at a time when mines are becoming much more difficult and expensive to build, one reason copper prices are near decade highs.

All eyes are on Indonesia this year, where Freeport-McMoRan Inc. is developing its underground mine at Grasberg.

The ramp-up, which has been slower than expected, is expected to be completed by the end of the year, facilitating global supplies that have been disrupted by the pandemic. Behind Grasberg is the Kamoa-Kakula project in the Democratic Republic of Congo. It is scheduled to come online in July.

Producers’ ability to meet growing supply demands will also depend on Southern Copper Corp. looking to tap into the industry’s largest reserves to nearly double production by 2028.

Some of the new supply over the next decade could come from the Reko Diq deposit in Pakistan, as well as Tampakan in the Philippines.

Today, companies must involve communities and governments much earlier in project development, given growing social and environmental awareness and expectations. Partly as a result, the average time from first discovery to production has increased by four years from previous cycles.