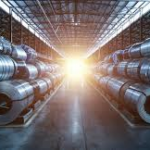 The National Bureau of Statistics revealed that China’s primary aluminum production in October 2022 increased by 9.5 percent year-on-year, buoyed by ease of curbing consumption compared to the previous year and growth in exports. NBS data showed that the country produced 3.45 million tons of the metal, marking an increase for the eighth consecutive month over 2021 numbers.

Average daily production in the month was 111,290 tons, supported by higher consumption of primary aluminum to produce and meet foreign demand for Chinese aluminum products.

From January to October 2022, China exported 5.68 million tons of raw aluminum and aluminum products. The increase was 25 percent over the previous year and supported domestic production of primary aluminum.

In the first ten months of the year, China’s total production of primary aluminum was 33.33 million tons, 3.3 percent higher than in the corresponding period of 2021.Despite the strong production, aluminum prices have begun to react, rising 9.30 percent from prices in early October. The violation of the triangle on Oct. 4 and the subsequent pullback movement suggest potential next targets in the $2,620/mt area (up 7 percent from current prices – $2,440/mt). 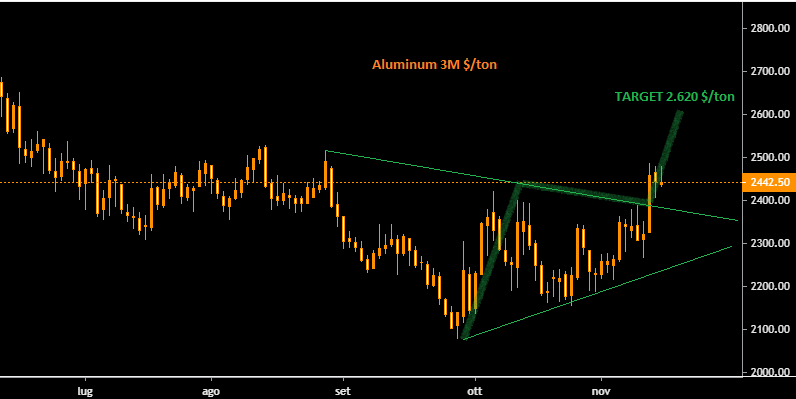