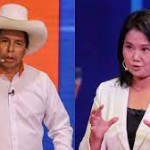 The gap between the business sector of the world’s second-largest copper producer and the new leftist government is closing. Pedro Francke, Castillo’s economic adviser, reported that he expected businesses would not oppose a planned overhaul of tax rules after dozens of meetings with businesses.

Castillo is set to be confirmed as president after a review of ballots from the June 6 vote. The politician and former teacher shook Peru’s elite with plans to redraft the constitution and sharply raise taxes on extractive companies, once calling them the looters of the country’s wealth.

But as he has moved closer to power, Castillo has moderated his rhetoric, and Francke has tried to calm market concerns. He told Reuters that he has held dozens of virtual meetings in recent weeks with domestic and foreign investors and some mining industry leaders.

“In general, a good dialogue has been established, where a significant portion of the concerns they had have been removed, and I think there’s a lot of openness,” he said.

“The mining industry is not opposed to new revisions to the tax system, if done prudently,” Francke said, adding that those he spoke with see the plans as “reasonable,” given high global metal prices.

Francke added that he believed it was important to be careful not to “kill” incentives for mining and to ensure that the funds raised are well spent. Castillo has previously talked about taxes of up to 70% on mining profits.

Castillo also proposed reviewing contracts with mining companies that lock in long-term tax rates. Francke reported that talks have been planned with the companies and any agreement “will depend strictly on the acceptance of these companies.”

Peru has such agreements with six mining companies, including China’s MMG Ltd, Aluminum Corp of China, and Anglo American, which has a copper project in Peru that is expected to start up from 2022.

rancke said Castillo was open to dialogue with entrepreneurs and would honor his commitments, including protecting private property and private investment.

Castillo has a lead of about 44,000 votes over right-wing Keiko Fujimori, although the result of the runoff election has yet to be officially confirmed, with electoral authorities reviewing contested ballots after Fujimori’s challenges.